Hey everyone! We are super excited to announce the schedule for the THE SNOW WHITE EFFECT Blog Tour which begins on Monday, March 19th!

The tour runs from March 19th-23rd & 26th-30th, will have one stop per day, and will consist of reviews, interviews, guest posts, & excerpts!

There is also a tour-wide giveaway for a $10 Amazon Gift Card. So be sure to stop by any or all of the stops for a chance to win. 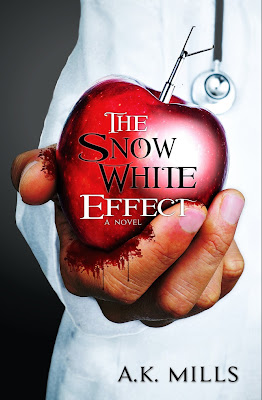 Dale knew he wanted to spend the rest of his life with Cindy from the first moment he saw her. Forty years later, nothing has changed. She is his best friend, his soul. When she dies shortly after having an elective procedure at Kendal Slate Memorial Hospital, he is left heartbroken with a million unanswered questions. Dale may not have a fancy medical degree, but he is convinced medical malpractice killed his wife.

At thirty-eight years old with four children and a promising medical career, Emma Speck is living her dream. Being a doctor married to a surgeon, she finds comfort and normalcy in their hectic lifestyle. When her beloved life of chaos is brought to a screeching halt after she receives a phone call no one ever wants to get, Emma is forced to question everything she once believed in.

Surgical department chair at Kendal Slate Memorial Hospital, Richard Oakley makes no apologies for his successes or failures. When his department comes under fire for harming patients, his attitude is no different; medicine isn’t perfect. Despite his attempts to ignore the meritless accusations, they’re not going away. In fact, the accusations are mounting, bringing with them elements of his past he had hoped to keep suppressed.

Having children was always a part of Addison’s plan. However, after suffering a miscarriage that nearly killed her, Addison decides it’s time to stop trying to get pregnant. Instead, she opts for a surgical procedure that will end her hopes of conception. The surgery, unlike her fertility, is straight forward and safe. The hospital, Kendal Slate Memorial, is reputable. Why wouldn’t she trust her doctor?

Four individuals. One hospital ignoring the truth. In this case, what you don’t know can kill you.