Tour Schedule: INTO THE DIM by Janet B. Taylor

Hey everyone! We are super excited to announce the schedule for the OFFICIAL INTO THE DIM Blog Tour which begins on February 22nd! 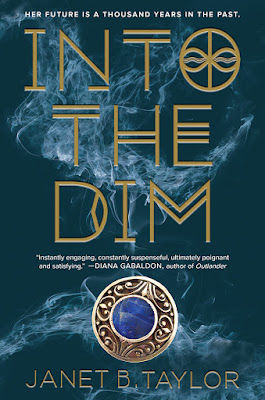 When fragile, sixteen-year-old Hope Walton loses her mom to an earthquake overseas, her secluded world crumbles. Agreeing to spend the summer in Scotland, Hope discovers that her mother was more than a brilliant academic, but also a member of a secret society of time travelers. Trapped in the twelfth century in the age of Eleanor of Aquitaine, Hope has seventy-two hours to rescue her mother and get back to their own time. Along the way, her path collides with that of a mysterious boy who could be vital to her mission . . . or the key to Hope’s undoing.

Addictive, romantic, and rich with historical detail, Into the Dim is an Outlander for teens.