Blog Tour-A YEAR IN HER LIFE by Alice Benson With A Deleted Scene & #Giveaway!

I am thrilled to be hosting a spot on the A YEAR IN HER LIFE by Alice Benson Blog Tour hosted by Rockstar Book Tours. Check out my post and make sure to enter the giveaway! 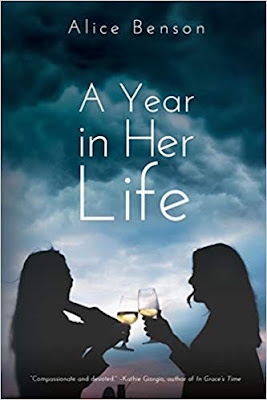 Bonnie is a young woman, engaged and passionate about her new job, her feminist ideals, and her friends. Bonnie is also single and looking for a soulmate. Her last boyfriend dumped her after she supported him through law school. Her new boyfriend is nice, but a little boring and they’re not attuned politically. Then Bonnie meets Jane. She’s a little older, experienced, and compelling. They share a commitment to feminism and social justice. Unfortunately, Jane is married. Still, Bonnie finds her attraction growing. She denies it because Jane is off limits, but Bonnie is compelled and sure the attraction is mutual.

Set in 2016, the election is a backdrop to Bonnie’s turbulent year of searching for love. This is a story of growth and maturation told in a voice that grows from timid to hopeful to confident and explores the complexity of relationships as well as themes relevent to the current times.

Deleted Scene from A Year in Her Life

My first draft of A Year in Her Life was over 700 pages, which was much longer than I ever intended. I knew I had to cut a great deal of extraneous material, hone in on my most important themes and clearly focus the story. My second draft was down to 300 pages, so I have a lot of deleted scenes to choose from. Bonnie, the main character, had a close relationship with her parents in the first draft, particularly with her mother. Most of that relationship was removed in subsequent drafts as it didn’t further the main plot lines of the novel. The following scene is a conversation between Bonnie and her mother on Bonnie’s first day of her new job. I like it, because it demonstrates their loving relationship.

Monday morning, Bonnie was awake long before the alarm went off. She only slept for an hour at a time all night long, worried about being late for work. At 5:00, she finally capitulated to anxiety, got up and made a pot of coffee. She took her cup to the back steps and lit a cigarette. She hadn’t been this nervous in years. She was less worried about her dates with Stan and her early crush on Linda than this job. Finally, she had direction, something she was passionate about. What if she messed it up?

Her mother joined her on the porch. “You’re up early.” She blew on her cup of coffee before drinking. Nervous?”

Bonnie nodded and stubbed out her third cigarette.

“You were always a worrier.” Her mom took another sip. “Since you were a little girl, you wanted always to do the ‘right’ thing. You wanted to make people happy, and you felt bad when you couldn’t. You know you’ll do the best you can at this job. You care so much about everyone there.”

“It’s been wonderful to see you this excited. You’ve worked so hard, and your father and I are very proud of you. No one expects you to know everything on your first day. They chose you, because they like you and they like your work. You were so happy to get this job. Don’t let anxiety take away your joy.” She kissed the top of Bonnie’s head. “Let’s get ready for work.”

“Thanks, Mom.” Bonnie stood up and hugged her mother. “You’re right. I’m going to love this job.” 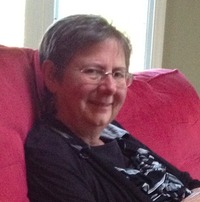 Alice Benson lives in Wisconsin with her partner and their small dog, Max. She discovered writing as a passion in the third act of her life and devotes as much time as possible to it. When not writing, she works in the human service field. Published works can be found in New Purlieu Review, Epiphany, Lady Ink, Delta Woman ezine, and Diverse Voices Quarterly. Her Life is Showing is Alice's first novel and was published in January, 2014, by Black Rose Writing.

Giveaway Details:
3 winners will receive a paperback of A YEAR IN HER LIFE, US Only.