Hey everyone! We are super excited to announce a BUNCH of  November Blog Tours we're hosting! We have a mix of mglit, an awesome Disney Table Book, and a steamy Entangled romance!

Check below for specifics on each tour and book info.

We are totally stoked for the tour for all of these tours this October! We can't wait for everyone to read them! 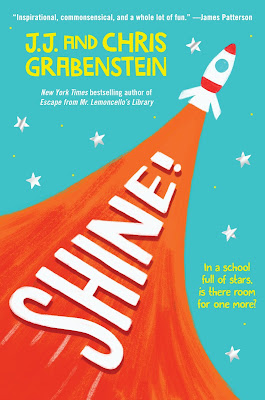 Tour runs from November 5th-December 6th will have one stop a day and consist of reviews, excerpts, & spotlights. Physical copies available.

"Inspirational, commonsensical, and a whole lot of fun." --James Patterson

Everyone deserves to shine in this sparkling new book from the New York Times bestselling author of Escape from Mr. Lemoncello's Library , Chris Grabenstein, and coauthor J.J. Grabenstein--just right for fans of Word of Mouse and The Fourteenth Goldfish.

Shine on! might be the catchphrase of twelve-year-old Piper's hero--astronaut, astronomer, and television host Nellie Dumont Frisse--but Piper knows the truth: some people are born to shine, and she's just not one of them. That fact has never been clearer than now, since her dad's new job has landed them both at Chumley Prep, a posh private school where everyone seems to be the best at something and where Piper definitely doesn't fit in.

Bursting with humor, heart, science, possibilities, and big questions, Shine! is a story about finding your place in the universe--a story about figuring out who you are and who you want to be. 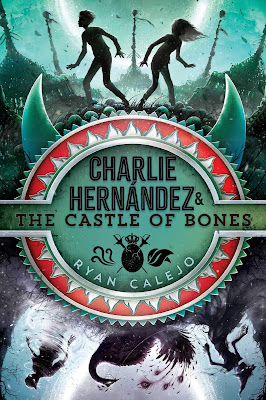 Tour runs from November 11th-December 6th will have one stop a day and consist of reviews, excerpts, & spotlights. Physical copies available.

Inspired by Hispanic folklore, legends, and myths from the Iberian Peninsula and Central and South America, this bold sequel to Charlie Hernández & the League of Shadows, which Booklist called “a perfect pick for kids who love Rick Riordan” in a starred review, follows Charlie as he continues on his quest to embrace his morphling identity.

Charlie Hernandez still likes to think of himself as a normal kid. But what’s normal about being a demon-slaying preteen with an encyclopedic knowledge of Hispanic and Latino mythology who can partially manifest nearly any animal trait found in nature? Well, not much. But, Charlie believes he can get used to this new “normal,” because being able to sprout wings or morph fins is pretty cool.

But there is a downside: it means having to constantly watch his back for La Mano Peluda’s sinister schemes. And when the leader of La Liga, the Witch Queen Jo herself, is suddenly kidnapped, Charlie’s sure they’re at it again.

Determined to save the queen and keep La Liga’s alliances intact, Charlie and his good friend Violet Rey embark on a perilous journey to track down her captors. As Charlie and Violet are drawn deeper into a world of monstruos and magia they are soon left with more questions than answers—like, why do they keep hearing rumors of dead men walking, and why is Charlie suddenly having visions of an ancient evil: a necromancer priest who’s been dead for more than five centuries?

Charlie’s abuela once told him that when dead men walk, the living run in fear. And Charlie’s about to learn the truth of that—the hard way. 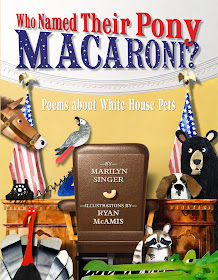 Tour runs from November 11th-15th & 18th-22nd will have one stop a day and consist of reviews, excerpts, & spotlights. Physical copies available.

A family of mice.A runaway goat.
A mischievous snake.
A shocking parrot.
A pardoned turkey.
A pampered raccoon.
A ghostbusting dog.
A celebrity cow.
The White House housed more than presidents and First Families--who could forget the furry, scaly, feathered friends who impressed the press, guarded their charges, and kept them company through all the ups and downs of their respective terms?
Marilyn Singer's compelling poems will delight readers with stories of the creatures who sat beside our country's leaders, as she draws intriguing connections between the animals and the administrations they accompanied. Mixed-media illustrations by Ryan McAmis lend humor and vivacity, and detailed back matter explores each president's pet history in more depth. 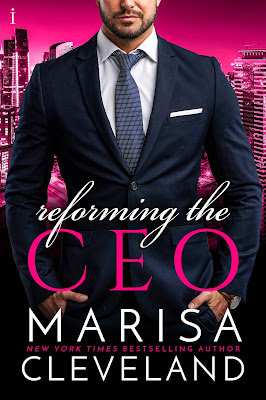 Tour runs from November 11th-15th & 18th-22nd will have one or two stops a day and consist of reviews, interviews, excerpts, & spotlights, eGalley's only.

What happens when your next door neighbor is the hottest, most notorious playboy in all of South Beach?

Reece Rowe is on hiatus from respectability. Before she returns to her stable, boring existence of charity events and dating predictable, stuffy suitors who are only interested in getting closer to the wealthy family who adopted her, she’s going to get a taste of what she’s been missing. She screws up her courage and heads to Vincent Ferguson’s office to find out what all the women in South Beach already seem to know about him.

Once CEO Vin Ferguson’s tech company goes public, he’ll have proved he’s no longer the poor, gritty kid from the wrong side of the tracks. But, citing his bad boy reputation, some financial backers waver, and his friends suggest dating a more respectable woman to improve his image. Ridiculous. Because delectable but snooty socialites, like his next door neighbor, are way out of his league.

And then, Reese walks through his office door and makes him an offer. To say his jaw hits the floor is an understatement.

And he can’t believe what she just proposed... 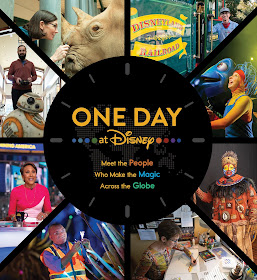 Tour runs from November 18th-December 27th will have one stop a day and consist of reviews, interviews, excerpts, & spotlights. Physical copies available.

Discover what it's like to report to work every day for The Walt Disney Company. Step behind the scenes to immerse yourself in one "ordinary" day at Disney. In addition to the book, the Disney+ team was on hand to capture stories along the way. A full-length documentary and 52 short-form episodes expand the profiles and delve deeper into the essence of what it's like to be a Disney cast member.

On a Thursday in 2019, a small army of photographers and videographers scattered across the globe to capture what goes on beyond those tantalizing "Cast Members Only" doors - whether eavesdropping on historic endeavors or typical tasks. All the photos in this book were taken on that single Thursday, beginning early in Tokyo and following the sun around the world through Shanghai, Hong Kong, Paris, Madrid, the Bahamas, Costa Rica, and dozens of places throughout the United States. More than 40 hours after it began, the day ended as the sun set on the Aulani resort in Hawaii.
On that day, some 80 Cast Members agreed to open up their workshops, dressing rooms, kitchens, cubicles, TV studios, labs, locomotive engines - and some even more surprising and diverse work spaces. They also shared their stories: childhood dreams and chapters, career pivots and triumphs, workaday hurdles and joys. It was just a day in the life, as extraordinary as any other day at Disney. As any Cast Member can tell you, a Disney job is less a destination than a limitless journey. And for just One Day at Disney, we can all tag along for the ride.