Hey everyone! We are super excited to announce the schedule for the COLD HARD TRUTH Blog Tour which begins on Monday, March 26th!

There is also a tour-wide giveaway for 3 ARC's, US Only. So be sure to stop by any or all of the stops for a chance to win. 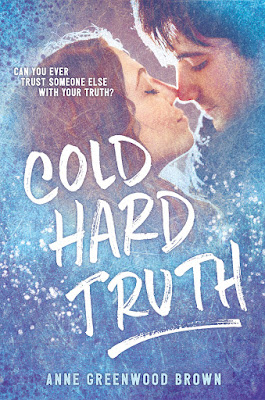 Emmie O’Brien is a former good girl now on the fringe. She spent a crazy year involved with Nick, her mom’s drug dealer; after her arrest she was lucky to go back to her old life. But she’s haunted by the choices she made—first, to be with Nick, and then later, to testify against him. Max Shepherd is a senior varsity hockey player with serious anger issues. His grief over the death of his girlfriend causes him to see injustice wherever he looks. When they meet in community service, Max is drawn to Emmie’s calm energy, but Emmie knows better than to get too close to anyone. When friends of Nick show up seeking revenge, Emmie is forced to come to terms with her past, while Max has to control his protective instincts. They must trust one another, especially when Emmie’s situation takes a dangerous turn.