Hey everyone! We are super excited to announce the schedule for the SILVER GIRL Blog Tour which begins on Monday, February 26th!

The tour runs from February 26th-March 2nd & March 12th-16th, will have one stop per day, and will consist of reviews, interviews, guest posts, & excerpts! 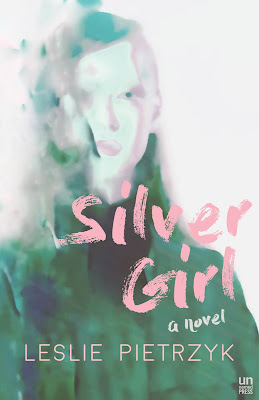 It's the early 1980s. Ronald Reagan's economy will trickle down any day now, and Chicago's Tylenol Killer has struck: an unknown person is stuffing cyanide into capsules, then returning them to drugstore shelves.

Against the backdrop of this rampant anxiety, one young woman, desperate to escape the unspoken secrets of her Midwestern family, bluffs her way into the fancy "school by the lake" in Chicago. There she meets Jess, charismatic and rich and needy, and the two form an insular, competitive friendship. Jess' family appears perfect to the narrator's wishful eye, and she longs to fit into their world, even viewing herself as a potentially better daughter than the unappreciative Jess. But the uneven power dynamic chafes the narrator, along with lingering guilt about the sister she left behind. Her behavior becomes increasingly risky - and after Jess' sister dies in murky circumstances and the Tylenol killer exposes the intricate double life of Jess' father, she finds herself scrambling for footing. Nothing is as it seems, and the randomness of life feels cruel, whether one's fate is swallowing a poisoned Tylenol or being born into a damaged and damaging family.

SILVER GIRL is a cousin to Emma Cline's The Girls and Emily Gould's Friendship in its nuanced exploration of female friendship, with the longing of Stephanie Danler's Sweetbitter.