Tour Schedule: INTO THE BLACK by Ava Jae

Hey everyone! We are super excited to announce the schedule for the INTO THE BLACK Blog Tour which begins on Monday, November 6th!

The tour runs from November 6th-10th & 13th-17th, will have one stop per day, and will consist of reviews, interviews, guest posts, & excerpts! 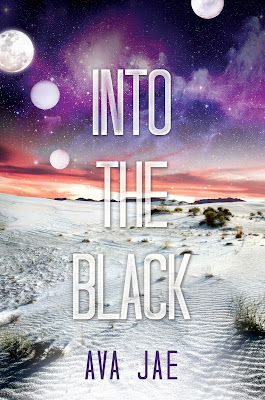 The world ruler is dead, technology foundational to their society destroyed, and Safara is on the brink of collapse. Half-human, half-alien Eros is the rightful heir to the world throne, but before he can return to the capital, he's abducted by a rebel group of humans who call themselves The Remnant--and won't release him until he swears to help them overthrow the very government he's inheriting. With Eros missing, ex-queen Kora is determined to stave off mad grabs for the throne. But as royalty from across the territories flock to the capital, and a new charismatic candidate takes the spotlight, Kora sets off into the desert with a skilled prince-turned-bounty hunter to find Eros before it's too late for both the future king and his kingdom.