Hey everyone! We are super excited to announce the schedule for the AWAKEN Blog Tour which begins on Monday, November 13th!

The tour runs from November 13th-17th & 20th-24th, will have one stop per day, and will consist of reviews, interviews, guest posts, & excerpts!

There is also a tour-wide giveaway for 3 $25 Amazon Gift Cards & 3 signed finished copies of the book, US Only. So be sure to stop by any or all of the stops for a chance to win. 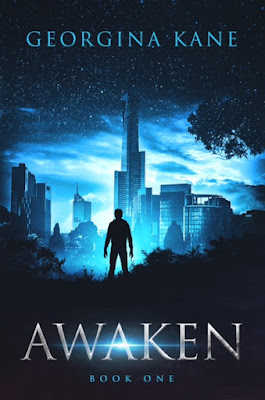 In the city of Daventry, citizens live without question of authority, liberty or even the ability to dream. Your purpose is determined by your placement within the Sectors of Society. 16 year old Ethan Drake is quiet and awkward without a lot of friends. Plagued by nightmares of people and places he doesn't recognize, he struggles to fit in. Much to his classmates surprise, he is placed in the esteemed Technology Sector alongside the city's top leaders. Soon his vivid and frightening dreams consume his life. He turns to his mentor, Dr. Godrik Stevens, a geneticist and the holder of many secrets to help him figure out what's wrong with him. In their search for a cure, they uncover a secret about their beloved city so horrifying, it could change their lives forever. Of course, there are those who want the secret to remain hidden and soon Ethan finds himself in the middle of a war. Will he be able to find the answers he so desperately seeks before its too late?