Hey everyone! We are super excited to announce the schedule for the THE PEARL THIEF Blog Tour which begins on Monday, May 1st!

The tour runs from May 1st-5th & 8th-12th , will have one stop per day, and will consist of reviews, & blogger posts! 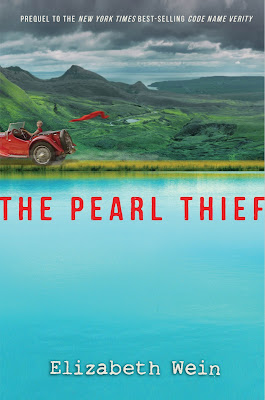 When fifteen-year-old Julia Beaufort-Stuart wakes up in the hospital, she knows the lazy summer break she’d imagined won’t be exactly like she anticipated. And once she returns to her grandfather’s estate, a bit banged up but alive, she begins to realize that her injury might not have been an accident. One of her family’s employees is missing, and he disappeared on the very same day she landed in the hospital.

Desperate to figure out what happened, she befriends Euan McEwen, the Scots Traveller boy who found her when she was injured, and his standoffish sister Ellen. As Julie grows closer to this family, she experiences some of the prejudices they’ve grown used to firsthand, a stark contrast to her own upbringing, and finds herself exploring thrilling new experiences that have nothing to do with a missing-person investigation.

Her memory of that day returns to her in pieces, and when a body is discovered, her new friends are caught in the crosshairs of long-held biases about Travellers. Julie must get to the bottom of the mystery in order to keep them from being framed for the crime.

In the prequel to Printz Honor Book Code Name Verity, this exhilarating coming-of-age story returns to a beloved character just before she learned to fly.