Hey everyone! We are super excited to announce the schedule for the FLICKER AND MIST Blog Tour which begins on Monday, December 26th!

The tour runs from December 26th-30th & January 2nd-6th, will have one stop per day, and will consist of reviews, interviews, & guest posts! 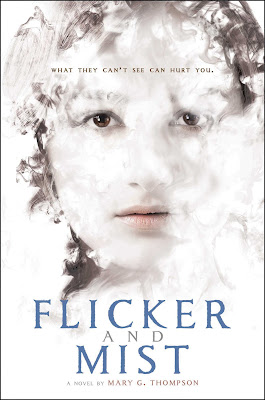 Romance, intrigue, and plenty of action are woven into a rich and suspenseful narrative in this powerful YA fantasy. The mixed-race heroine Myra is a Flickerkin and can flicker (become invisible) at will. She hasn’t cultivated or revealed this ability, since Flickerkin are persecuted as potential criminals and spies. When invisible people become tricksters and then murderers, Myra’s Flickerkin heritage becomes a deadly secret, putting her relationship with the leader’s son—and her own life—in jeopardy. Loyalties shift and difficult choices are made before Myra understands who she wants to be.