Hey everyone! We are super excited to announce the schedule for THE KING SLAYER Blog Tour which begins on Monday, June 13th!

The tour runs from June 13th through June 17th, will have two stops per day, and will consist of a mix of reviews, guest posts, character and author interviews, and excerpts. 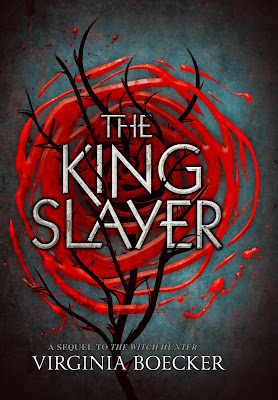 An action-packed and suspenseful sequel to The Witch Hunter, perfect for fans of Graceling and the Grisha Trilogy.

Former witch hunter Elizabeth Grey is hiding within the magically protected village of Harrow, evading the price put on her head by Lord Blackwell, the usurper king of Anglia. Their last encounter left Blackwell ruined, but his thirst for power grows stronger every day. He's readying for a war against those who would resist his rule--namely Elizabeth and the witches and wizards she now calls her allies.

Having lost her stigma, a magical source of protection and healing, Elizabeth's strength is tested both physically and emotionally. War always means sacrifice, and as the lines between good and evil blur once more, Elizabeth must decide just how far she'll go to save those she loves.

"Filled with everything a good fantasy book needs: swords, poison, black magic, and betrayal."--April Tucholke, author of Between the Devil and the Deep Blue Sea, on The Witch Hunter