Hey everyone! We are super excited to announce the schedule for the OFFICIAL THE SKYLIGHTER Blog Tour which begins on March th!

The tour runs from March 14th-18th & 21st-25th, and will have one stop per day and will consist of reviews, guest posts, and interviews!

There is also a tour-wide giveaway for 5 signed sets of the series and swag, US Only! So be sure to stop by any or all of the stops for a chance to win. 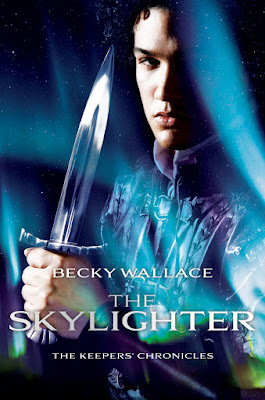 Johanna and Rafi are in a race against time to save their country before a power-mad Keeper destroys everything they hold dear in the “enthralling magical world” (Cinda Williams Chima, author of The Heir Chronicles) introduced in The Storyspinner.

As the last of the royal line, Johanna is the only person who can heal a magical breach in the wall that separates her kingdom of Santarem from the land of the Keepers, legendary men and women who wield elemental magic. The barrier protects Santarem from those Keepers who might try to take power over mere humans…Keepers who are determined to stop Johanna and seize the wall’s power for themselves.

And they’re not the only ones. As the duchys of Santarem descend into war over the throne, Johanna relies more than ever on the advice of her handsome companion, Lord Rafael DeSilva. But Rafi is a duke too, and his people come first. As their friendship progresses into the beginnings of a tender relationship, Johanna must wonder: is Rafi looking out for her happiness, or does he want the throne for himself?

With war on the horizon, Johanna and Rafi dodge treacherous dukes and Keeper assassins as they race to through the countryside, determined to strengthen the wall before it’s too late…even if it means sacrificing their happiness for the sake of their world.