Hey everyone! We are super stoked to announce a tour we're hosting for THE SLEEPING PRINCE by Melinda Salisbury which is releasing on May 31st, 2016!

The tour will run for two weeks and a day - from May 23rd-27th & May 30th-June 3rd- will have one stop per day and will consist of a mix of guest posts, interviews and reviews.

Review copies will be provided by Scholastic Press.

We are super excited for THE SLEEPING PRINCE's release this May (Jaime already read and loved!)! It sounds awesome! 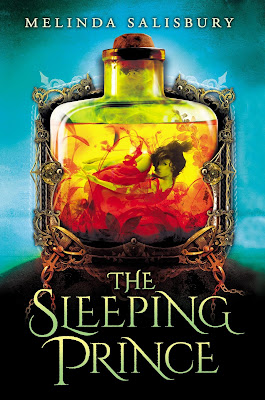 Return to the darkly beautiful world of The Sin Eater's Daughter with a sequel that will leave you awed, terrified . . . and desperate for more.

Ever since her brother Lief disappeared, Errin's life has gone from bad to worse. Not only must she care for her sick mother, she has to scrape together rent money by selling illegal herbal cures. But none of that compares to the threat of the vengeful Sleeping Prince whom the Queen just awoke from his enchanted sleep.

When her village is evacuated as part of the war against the Sleeping Prince, Errin is left desperate and homeless. The only person she can turn to is the mysterious Silas, a young man who buys deadly poisons from Errin, but won't reveal why he needs them. Silas promises to help her, but when he vanishes, Errin must journey across a kingdom on the brink of war to seek another way to save her mother and herself. But what she finds shatters everything she believed about her world, and with the Sleeping Prince drawing nearer, Errin must make a heartbreaking choice that could affect the whole kingdom.