Hey everyone! We are super excited to announce the schedule for the OFFICIAL THE FORBIDDEN ORCHID Blog Tour which begins on February 29TH!

The tour runs from February 29th-March 4th & March 7th-11th, and will have one stop per day and will consist of reviews, guest posts, and interviews!

There is also a tour-wide giveaway for a signed copy of THE FORBIDDEN ORCHID & A MAD WICKED FOLLY and swag, US Only! So be sure to stop by any or all of the stops for a chance to win. 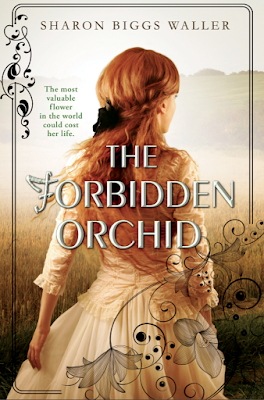 Staid, responsible Elodie Buchanan is the eldest of ten sisters living in a small English market town in 1861. The girls' father is a plant hunter, usually off adventuring through the jungles of China.
Then disaster strikes: Mr. Buchanan fails to collect an extremely rare and valuable orchid, meaning that he will be thrown into debtors' prison and the girls will be sent to the orphanage or the poorhouse. Elodie's father has one last chance to return to China, find the orchid, and save the family—and this time, thanks to an unforeseen twist of fate, Elodie is going with him. Elodie has never before left her village, but what starts as fear turns to wonder as she adapts to seafaring life aboard the tea clipper The Osprey, and later to the new sights, dangers, and romance of China.
But even if she can find the orchid, how can she find herself now that staid, responsible Elodie has seen how much the world has to offer?