Hey everyone! We are super excited to announce the schedule for the SCARLETT UNDERCOVER Blog Tour which begins on May 11th!

The tour runs from May 11th-15th & 18th-22nd, and will have one stop per day and will consist of a mix of reviews, guest posts, and interviews.

There is also a tour-wide giveaway for 10 finished copies of the book!So be sure to stop by any or all of the stops for a chance to win. 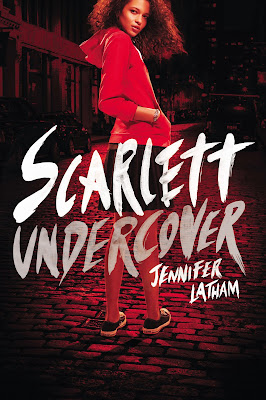 Meet Scarlett, a smart, sarcastic fifteen-year-old, ready to take on crime in her hometown. When Scarlett agrees to investigate a local boy's suicide, she figures she's in for an easy case and a quick buck. But it doesn't take long for suicide to start looking a lot like murder.

As Scarlett finds herself deep in a world of cults, curses, and the seemingly supernatural, she discovers that her own family secrets may have more to do with the situation than she thinks...and that cracking the case could lead to solving her father's murder.

Jennifer Latham delivers a compelling story and a character to remember in this one-of-a-kind debut novel.