Hey everyone! We are super excited to announce the schedule for the HARRISON SQUARED Blog Tour which begins on March 16th!

The tour runs from March 16th-31st, will have one stop per day and will consist of a mix of reviews, guest posts, and interviews.

There is also a tour-wide giveaway for a 15 finished copies of this awesome book.So be sure to stop by any or all of the stops for a chance to win. 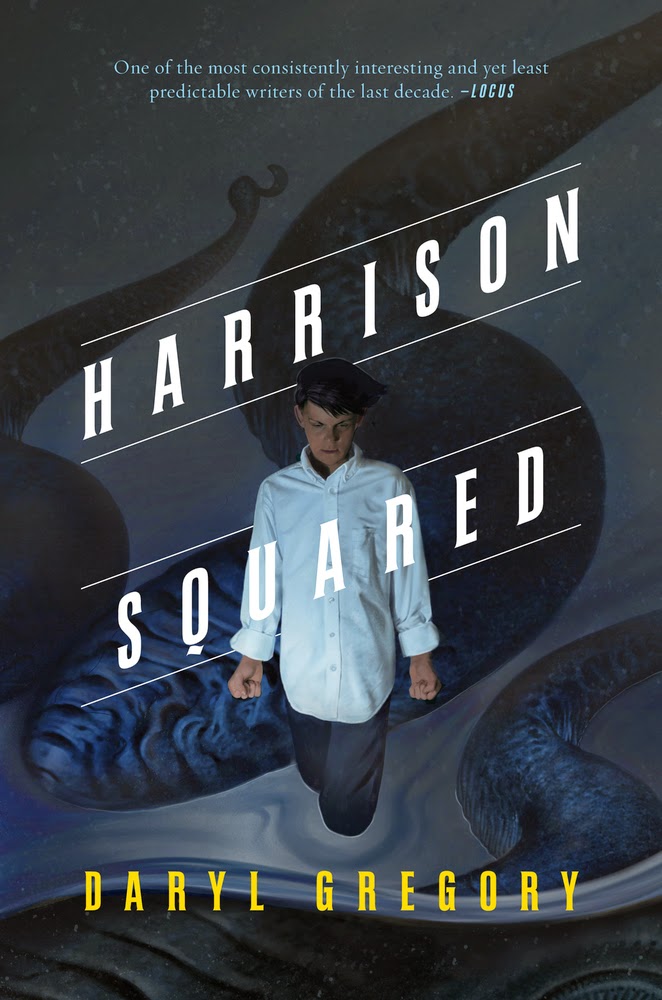 From award winning author Daryl Gregory comes a thrilling and colorful Lovecraftian adventure of a teenage boy searching for his mother, and the macabre creatures he encounters.

Harrison Harrison—H2 to his mom—is a lonely teenager who’s been terrified of the water ever since he was a toddler in California, when a huge sea creature capsized their boat, and his father vanished. One of the “sensitives” who are attuned to the supernatural world, Harrison and his mother have just moved to the worst possible place for a boy like him: Dunnsmouth, a Lovecraftian town perched on rocks above the Atlantic, where strange things go on by night, monsters lurk under the waves, and creepy teachers run the local high school.

On Harrison’s first day at school, his mother, a marine biologist, disappears at sea. Harrison must attempt to solve the mystery of her accident, which puts him in conflict with a strange church, a knife­wielding killer, and the Deep Ones, fish­-human hybrids that live in the bay. It will take all his resources—and an unusual host of allies—to defeat the danger and find his mother.