Hey everyone! We are super excited to announce a Release Day Blitz + Giveaway that we're doing for Lisa Voisin's THE ANGEL KILLER, sequel to THE WATCHER, which releases on January 5, 2015.

The blitz is scheduled for its release date, Monday, January 5th at Midnight Eastern/11 p.m. Central on the 4th/9 p.m. Pacific on the 4th, and we'd love to have you take part!

If you'd love to participate but won't be able to get your post up by Midnight Eastern on Monday the 5th, posting later that day or the following day will be absolutely fine!

We will send everything you need for your posts a little bit early due to the holidays on Friday, December 19th. But if you do sign up after the 19th we'll send you the details out on January 4th.


***Sign-ups will be open until January 4th at noon Pacific***

We both are anxiously awaiting THE ANGEL KILLER's release in 2015 and are super excited to share the news about its release.. 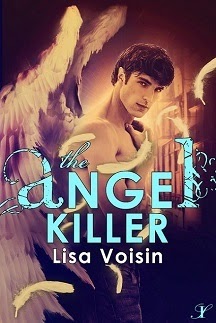 
Now that she’s found him again, all Mia Crawford wants is some downtime with her fallen angel boyfriend, Michael. But the call of duty keeps him away—from school and from her—with more demons to smite than ever.

When Michael is mortally wounded by a cursed sword, Mia must perform an ancient blood ritual to save him. But the spell exacts a price. Haunted by visions of war, torture, and despair, Mia discovers the world is in more danger than she ever imagined. Behind the scenes, an evil adversary pulls all the strings.

After redemption, there’s Hell to pay.