Hey everyone! We are super excited to announce the hosts and schedule for Jocelyn Adam's DARKSIDE SUN Blog Tour.

The tour runs for two weeks, from March 17th-21st and 24th-28th, and consists of reviews, interviews and guest posts.

There will also be a tour-wide giveaway for 1 $25.00 gift card from Amazon or B & N (winner’s choice), Sun charm necklace, and a Signed bookmark!

DARKSIDE SUN is already out so make sure to grab your copy and we can't wait for the tour to begin on the 10th. 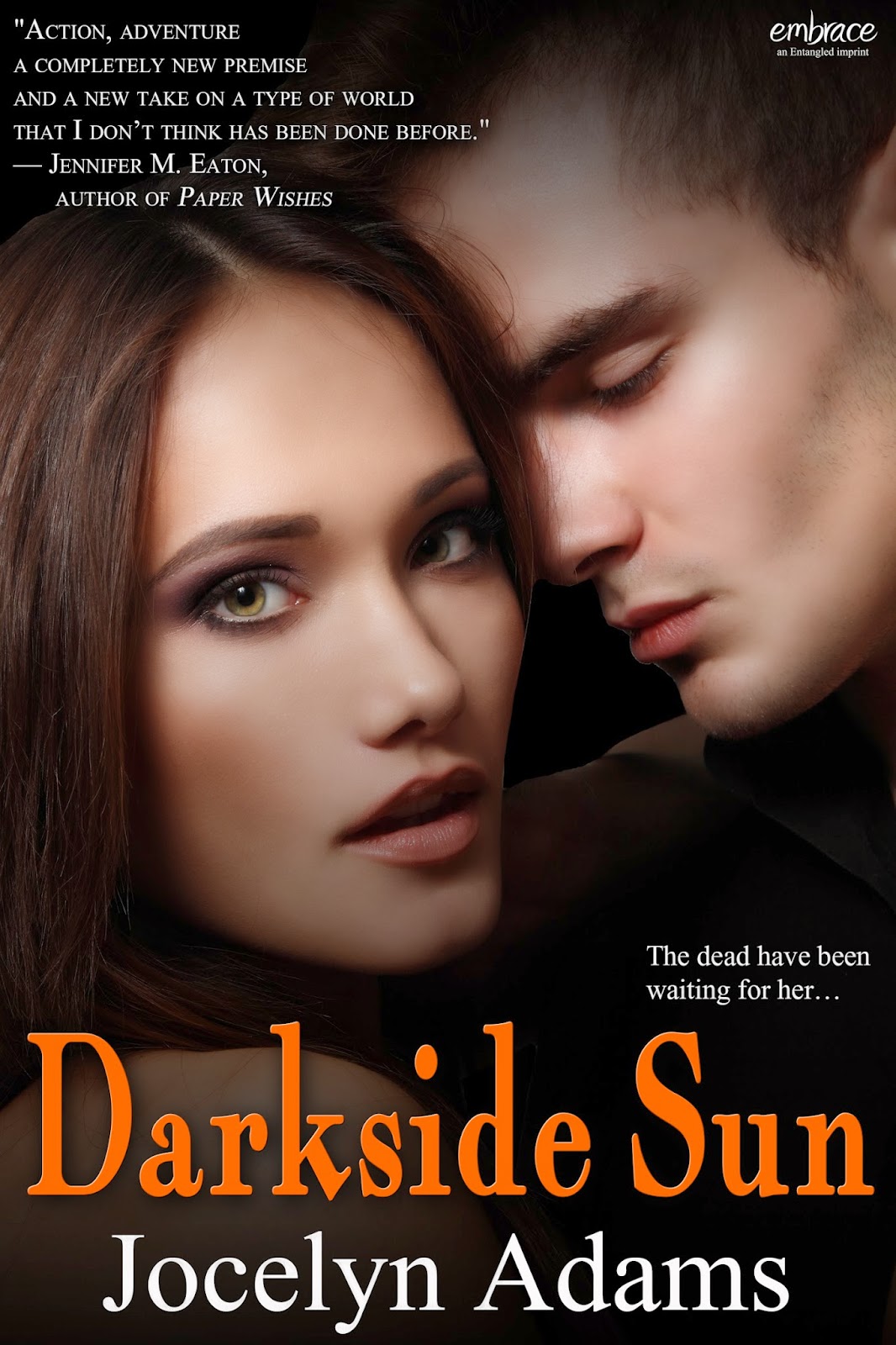 The dead have been waiting for her…

Addison Beckett tries hard to pretend she’s normal, but she’s far from it. Since she was six years old, she’s seen the world around her unraveling, as if someone is pulling a thread from a sweater and it’s all slowly coming undone. When she ignores it, it goes away, so that’s what she does.
Enter her arrogant-but-hot professor Asher Green. He knows all about her special brand of crazy. In fact, he might be just as nuts as she is. Asher insists that the dead from a parallel dimension are trying to possess the living in this one. And since Addison seems to be the only one who can see these “wraiths,” she just might be the key to saving the world.
Addison wants nothing to do with Asher or his secret society, The Mortal Machine. But as their animosity grows, she finds it harder and harder to ignore the chemistry between them. And when she discovers that Machine laws forbid her from touching him, she realizes that’s all she wants to do.
Stop the wraiths. Break the rules. Save the world. All in a day’s work.