Hey everyone! We are totally stoked to announce a new tour for TIL DEATH by Kate Evangelista which releases on March 4, 2014.

Review copies will be provided to all tour hosts from Entangled Teen.

We are so unbelievably thrilled to be hosting this tour for Kate's book TIL DEATH and we cannot wait for its release this March! 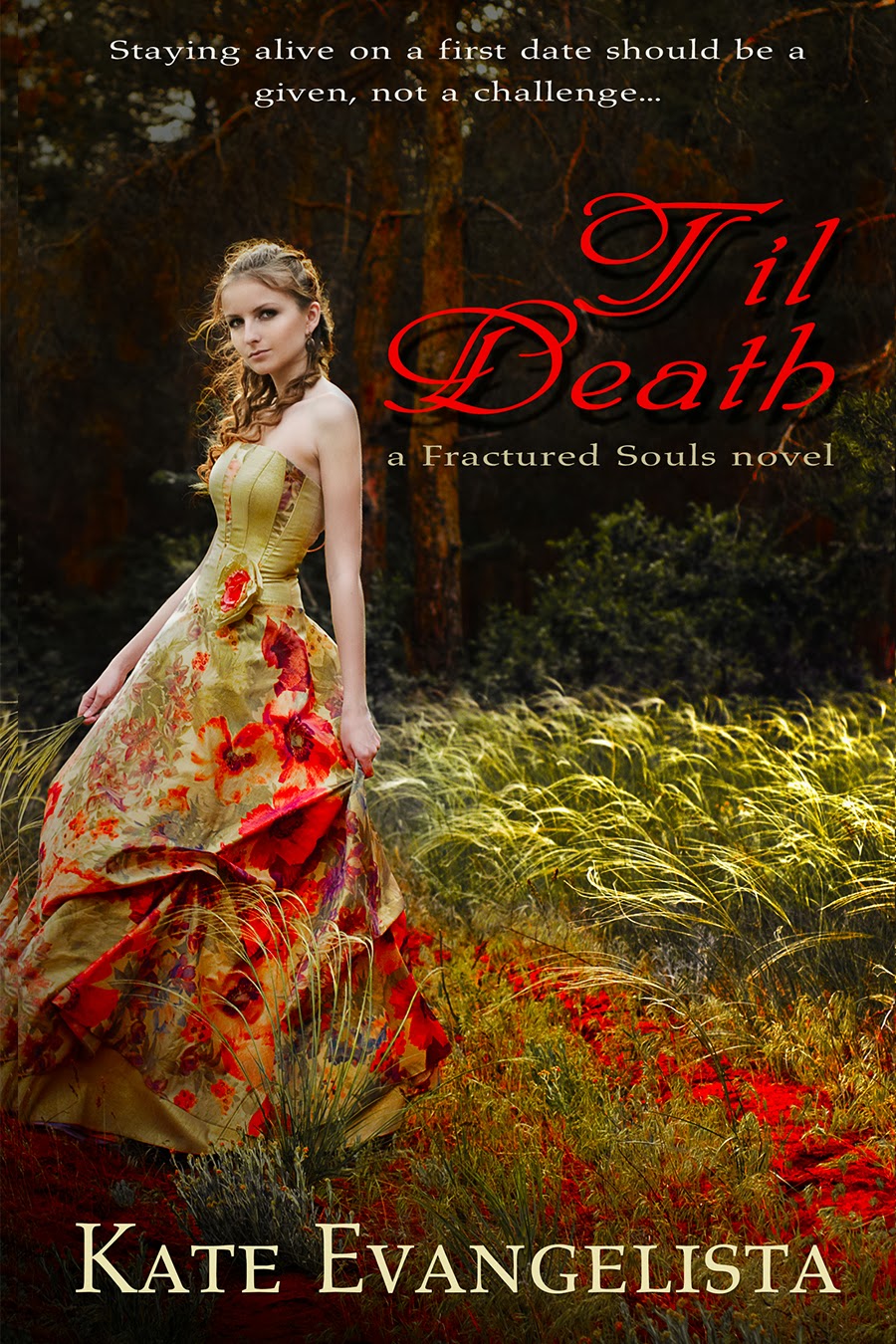 Sixteen-year-old Selena Fallon is a dreamer.  Not a daydreamer, but an I-see-the-future kind of dreamer. Normally, this is not a problem, as she has gotten pretty good at keeping her weird card hidden from everyone in her small town. But when Selena dreams of her own rather bloody death, things get a little too freaky—even for her.
Enter Dillan Sloan. Selena has seen the new guy in a different dream, and he is even more drool-worthy in person. Beyond the piercing blue eyes and tousled dark hair, there is something else that draws her to him. Something…electric. Too bad he acts like he hates her.


When Selena learns she’s being targeted by a force bigger and darker than anything she ever imagined, she’s had enough. Despite her death dream, Selena is not going to give up easily, especially when she discovers that Dillan isn’t what he seems…and might not actually hate her after all. Dillan might be the only person who can save her.