Hey everyone! We are totally stoked to announce the hosts and schedule for Megan Shepherd's HER DARK CURIOSITY which releases on January 28th.

The tour runs for two weeks - January 20th- 24th and 27th-31st - has one stop per day, and consists of interviews, guest posts, and reviews.

There will also be a tour-wide giveaway for an amazing prize pack which includes a paperback of THE MADMAN'S DAUGHTER, a hardcover of HER DARK CURIOSITY, two canisters of custom tea, and bookmarks! There will also be 5 tea swag packs as well! All US/Canada only.

We think HER DARK CURIOSITY is an awesome book! And we can't wait for the tour to start! 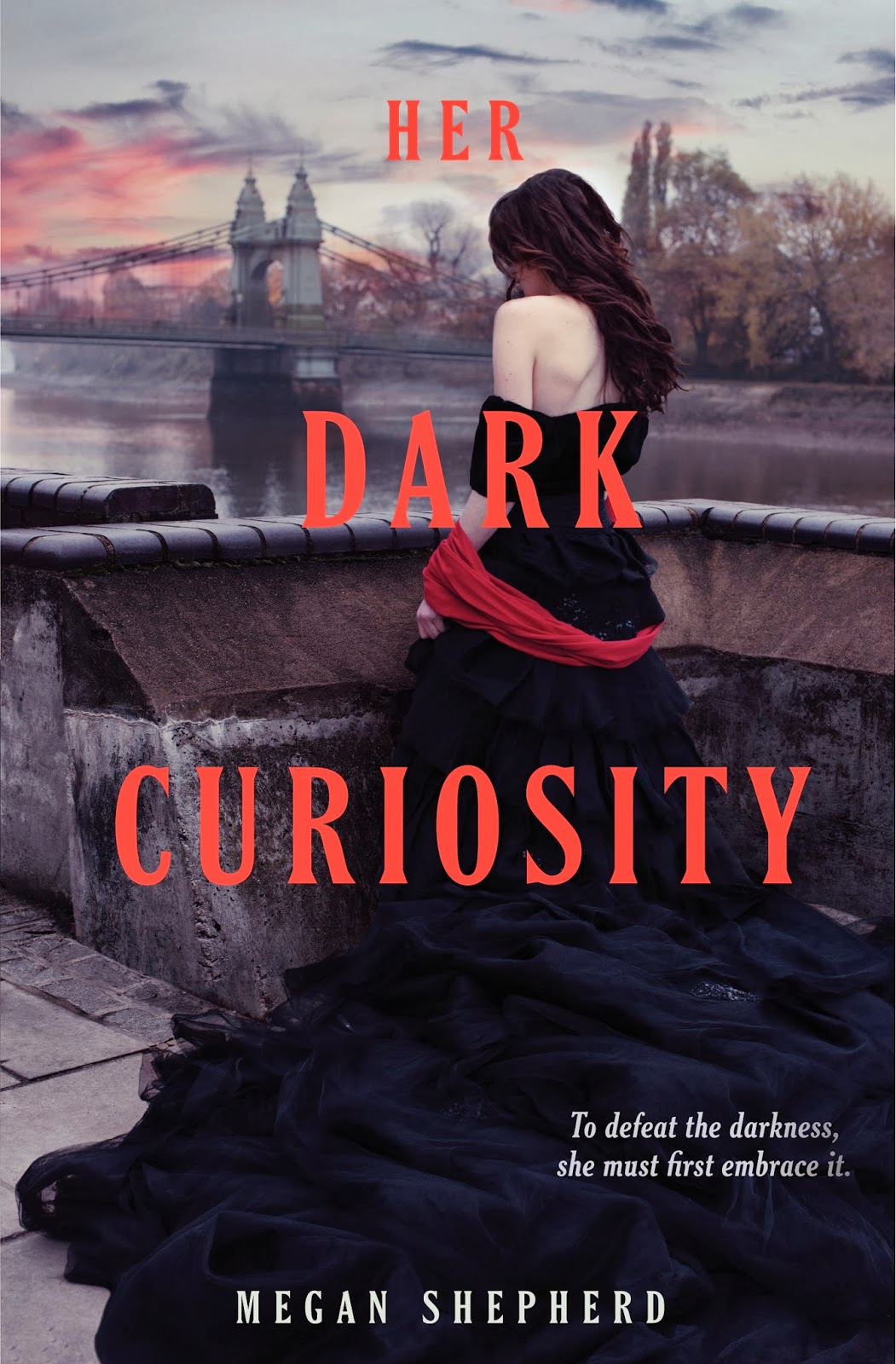 To defeat the darkness, she must first embrace it.

Months have passed since Juliet Moreau returned to civilization after escaping her father's island—and the secrets she left behind. Now, back in London once more, she is rebuilding the life she once knew and trying to forget Dr. Moreau’s horrific legacy—though someone, or something, hasn’t forgotten her.

As people close to Juliet fall victim one by one to a murderer who leaves a macabre calling card of three clawlike slashes, Juliet fears one of her father’s creations may have also escaped the island. She is determined to find the killer before Scotland Yard does, though it means awakening sides of herself she had thought long banished, and facing loves from her past she never expected to see again.

As Juliet strives to stop a killer while searching for a serum to cure her own worsening illness, she finds herself once more in the midst of a world of scandal and danger. Her heart torn in two, past bubbling to the surface, life threatened by an obsessive killer—Juliet will be lucky to escape alive.

With inspiration from Robert Louis Stevenson’s The Strange Case of Dr. Jekyll and Mr. Hyde, this is a tantalizing mystery about the hidden natures of those we love and how far we’ll go to save them from themselves.