BECAUSE THE NIGHT: Save the Date Blast + Excerpt 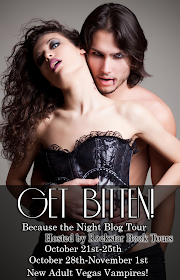 WHAT: The BECAUSE THE NIGHT Blog Tour

WHERE: A blog near you. Check listings below for details


About the Book on Tour 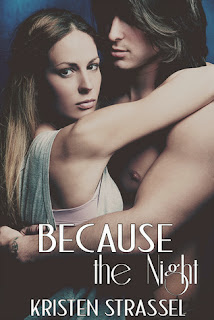 
Immortal Dilemma is the hottest band in the Las Vegas vampire rock scene. They draw insatiable fans from around the globe, thanks to a supernatural attraction called Bloodlust. Tristan craved such an opportunity to fill his empty mortal life, and now he has eternity to earn his place along the legends of rock n roll debauchery.

Callie always feared that Tristan’s excesses would get him into trouble, but she never thought they’d lead him to immortality. To reconnect with him, she must weave her way through a world not only she had no idea existed, but does not welcome her.

Blade turned down a spot in Immortal Dilemma after learning what he must sacrifice for that lifestyle. He finds Callie a refreshing change from the girls in the vampire rock scene. When Callie drags Blade back into the world of Immortal Dilemma, his resistance drives her into the waiting arms of Tristan, who shows her the true meaning of Bloodlust.


The next thing I knew we were in his apartment. I knew it from TV, the huge living area, the plush red chairs, the huge floor to ceiling windows that overlooked the city. Still, actually being here was a different thing all together. God, I hoped we weren’t being filmed. That wasn’t constant, was it?

Tristan spun me towards him. His hands were so cold. Why hadn’t I noticed that before? I could hardly breathe.

“What are you doing here, Callie?”

My heart sank to my knees. This wasn’t the greeting I hoped for. It was more of an inquisition. “I’m on vacation.”

“Why here? You’re not old enough to have fun yet.” He jerked his head toward the window. “Out there, anyway.”

“I have a fake ID.” I protested. But I knew that wasn’t what he meant. “And I wanted to see you.”

“You shouldn’t have come here.” His face darkened.

“You don’t want me here?” I felt tears welling up in my eyes. No, I couldn’t cry. Not now.

“Oh, I do,” a slow grin spread over his face, but it had an edge. “But you shouldn’t be here.” His slid his tongue over his teeth as he waited for my answer to his original question, settling on one very sharp tooth, playing with it, daring me to notice.

I winced, like I had been stung. I hated those stupid fangs. Why didn’t he take them out after the show?

I didn’t have time to process it before he was suddenly on top of me. His hands closed on my arms, and he pinned me against the window with my feet dangling in midair, unable to even struggle. Icy cold radiated from his body like I was standing near an iceberg. He paused, fangs like icicles inches from my face, but no breath, not even freezing cold breath caressed my face.

It was true. God, it was all true.

Whatever he was, he certainly wasn’t human. My eyes were wide and frozen, staring into his, unblinking. I wanted to lose myself in their dark depths, swirling with danger and desire.

“Didn’t you know what I was when you came here?” he finally broke the silence; loosening his hold on me just enough that I slid down the window. He cocked his head thoughtfully, still grinning, and stroked my neck with one cool finger.

I wanted to tell him to get the hell away from me, but I couldn’t. He made my heart race and sent a shiver down my spine. Even in his monster form.

NOTE: This is just one of two excerpts being revealed during this blast. If you'd like another sneak peek inside BECAUSE THE NIGHT, be sure to find other Save the Date Blasters to see if they're revealing the second excerpt.

The Author on Tour 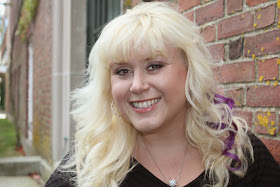 Kristen shares a birthday with Steven Tyler and Diana Ross. She spends each day striving to be half as fabulous as they are. She’s worn many hats, none as flattering as her cowboy hat: banker, retail manager, fledgling web designer, world’s worst cocktail waitress, panty slinger, now makeup artist and author. She loves sunshine, live music, the middle of nowhere, and finding new things to put in her house. Because The Night is the first book from The Night Songs Collection.