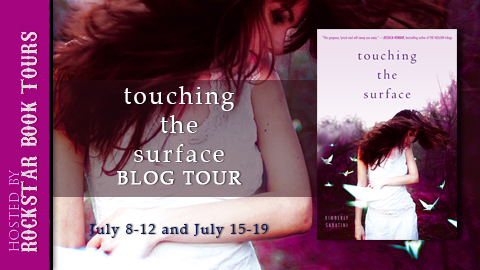 Hey everyone! We are so incredibly excited to be able to help out with a blog tour for Kimberly Sabatini's TOUCHING THE SURFACE which released last October.

The tour will run for two weeks - July 8th-12th and July 15th-19th. There will be a total of ten stops on the two-week tour, and the tour will consist of reviews, guest posts and interviews.

We are looking to have FIVE review stops on this tour and FIVE Guest Posts or Interviews. We also ask that reviews get posted at Amazon as well as on your blogs.

The tour will also have a giveaway for a few copies of TOUCHING THE SURFACE via a shared Rafflecopter.

If you'd like to be considered to be a stop on this tour, please first sign up as a tour host and then fill out the sign-up form HERE. CLOSED.

Kimberly Sabatini is a wonderful author and her book is gorgeous. We are so happy to be able to host this tour for her and to share TOUCHING THE SURFACE with all of you. 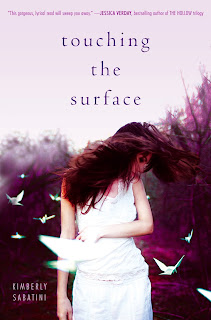 
Experience the afterlife in this lyrical, paranormal debut novel that will send your heart soaring.When Elliot finds herself dead for the third time, she knows she must have messed up, big-time. She doesn’t remember how she landed in the afterlife again, but she knows this is her last chance to get things right.

Elliot just wants to move on, but first she will be forced to face her past and delve into the painful memories she’d rather keep buried. Memories of people she’s hurt, people she’s betrayed…and people she’s killed.

As she pieces together the secrets and mistakes of her past, Elliot must find a way to earn the forgiveness of the person she’s hurt most, and reveal the truth about herself to the two boys she loves…even if it means losing them both forever.