Tour Announcement: Shadow of the Mark by Leigh Fallon 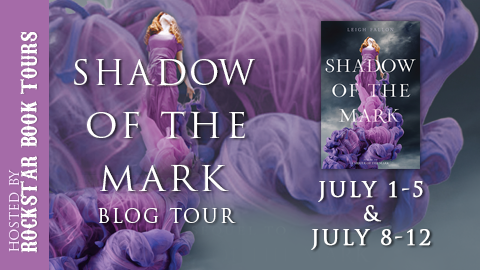 Hey everyone, it's official! We are so unbelievably lucky and excited to be hosting this amazing tour for author Leigh Fallon's SHADOW OF THE MARK, the second book in her Carrier series, which releases on July 9th.

The tour will run for two weeks - July 1st-5th and July 8th-12th. There will be a total of ten stops on the two-week tour, and the tour will consist of reviews, guest posts and interviews.

Printed ARCs will be made available for those hosting a review stop - US ONLY.

The tour will also have an awesome giveaway. Details to come.

If you'd like to be considered to be a stop on this tour, please first sign up as a tour host and then fill out the sign-up form HERE. Sign-ups are CLOSED.

We are both so unbelievably excited to be hosting this tour and to be able to share this exciting second book in the author's series with its stunningly beautiful cover. And we both can't wait to read SHADOW OF THE MARK! 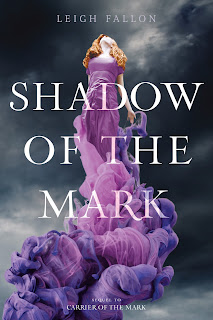 
Leigh Fallon’s Shadow of the Mark, the sequel to Carrier of the Mark, is a captivating love story set against the lush backdrop of Ireland.

Megan knew she was destined to be with Adam from the first moment she saw him and now they are determined to be together. But Megan and Adam are Marked Ones, and a romance between two Marked Ones is strictly forbidden…and could cause worldwide devastation.

Leigh Fallon’s Shadow of the Mark is a great choice for readers who love Becca Fitzpatrick's Hush, Hush