Tour Announcement: OF BEAST AND BEAUTY by Stacey Jay 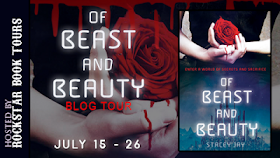 Hey everyone! We are so incredibly excited to be able to help out with a blog tour for Stacey Jay's OF BEAST AND BEAUTY which releases in July.

The tour will run for two weeks - July 15th-19th and July 22nd-26th. There will be a total of ten stops on the two-week tour, and the tour will consist of reviews, guest posts and interviews.

We are looking to have some review stops on this tour as well as Guest Posts or Interviews. We also ask that reviews get posted at Amazon as well as on your blogs.

eARCs via a widget will be made available to those hosting a review stop.

The tour will also have a giveaway details to come via a shared Rafflecopter.


Once the blog hosts have been chosen and the tour schedule finalized we will have a post announcing the tour.

Stacey Jay is a wonderful author and her book is gorgeous. We are so happy to be able to host this tour for her and to share OF BEAST AND BEAUTY with all of you. 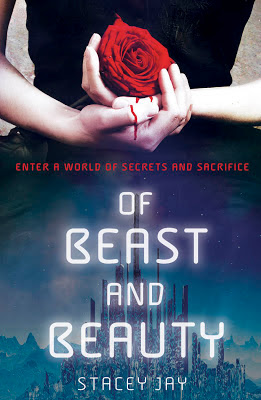 In the domed city of Yuan, the blind Princess Isra, a Smooth Skin, is raised to be a human sacrifice whose death will ensure her city’s vitality. In the desert outside Yuan, Gem, a mutant beast, fights to save his people, the Monstrous, from starvation. Neither dreams that together, they could return balance to both their worlds.

Isra wants to help the city’s Banished people, second-class citizens despised for possessing Monstrous traits. But after she enlists the aid of her prisoner, Gem, who has been captured while trying to steal Yuan’s enchanted roses, she begins to care for him, and to question everything she has been brought up to believe.

As secrets are revealed and Isra’s sight, which vanished during her childhood, returned, Isra will have to choose between duty to her people and the beast she has come to love.