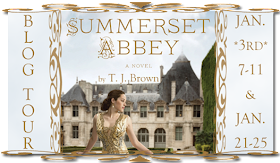 We are thrilled to announce the tour hosts and schedule for T.J. Brown's SUMMERSET ABBEY Blog Tour.

The Tour kicks off on January 3rd and runs from January 7th-11th and January 21st-25th and includes a mix of reviews, Q&As and Guest Posts.

Each stop will be hosting a giveaway, so be sure to check out all the stops!

Feel free to grab a badge or button to post in your sidebar! 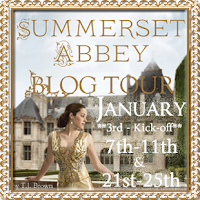 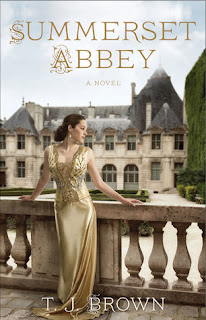 
1913: In a sprawling manor on the outskirts of London, three young women seek to fulfill their destinies and desires amidst the unspoken rules of society and the distant rumblings of war. . . . Rowena Buxton

Sir Philip Buxton raised three girls into beautiful and capable young women in a bohemian household that defied Edwardian tradition. Eldest sister Rowena was taught to value people, not wealth or status. But everything she believes will be tested when Sir Philip dies, and the girls must live under their uncle’s guardianship at the vast family estate, Summerset Abbey. Standing up for a beloved family member sequestered to the “underclass” in this privileged new world, and drawn into the Cunning Coterie, an exclusive social circle of aristocratic “rebels,” Rowena must decide where her true passions—and loyalties—lie.

Frail in body but filled with an audacious spirit, Victoria secretly dreams of attending university to become a botanist like her father. But this most unladylike wish is not her only secret—Victoria has stumbled upon a family scandal that, if revealed, has the potential to change lives forever. . . .

Prudence was lovingly brought up alongside Victoria and Rowena, and their bond is as strong as blood. But by birth she is a governess’s daughter, and to the lord of Summerset Abbey, that makes her a commoner who must take her true place in society—as lady’s maid to her beloved “sisters.” But Pru doesn’t belong in the downstairs world of the household staff any more than she belongs upstairs with the Buxton girls. And when a young lord catches her eye, she begins to wonder if she’ll ever truly carve out a place for herself at Summerset Abbey.